Monument to the Heroes of the First World War, Kaliningrad

A monument to the heroes of the First world war was unveiled in 2014 near the walls of the Observatory reduitum, where the battles with the German army took place in 1914. 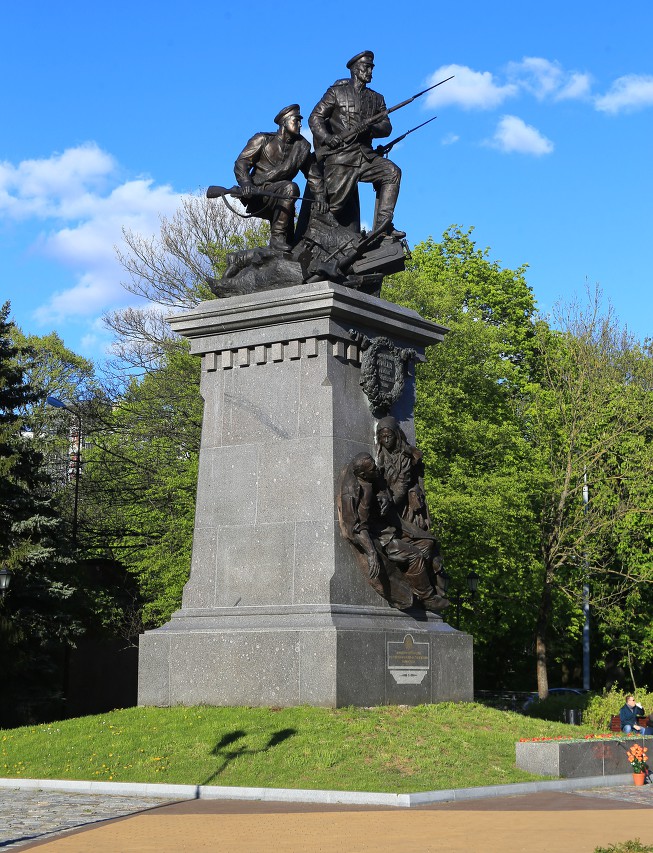 On the pedestal are placed three figures - a career officer, a student volunteer and a soldier from the peasants. On the front part of the pedestal, a nurse helps a wounded soldier. The monument was established on the initiative of the Russian military historical society. The author of the monument is the winner of the project competition, sculptor Salavat Shcherbakov. 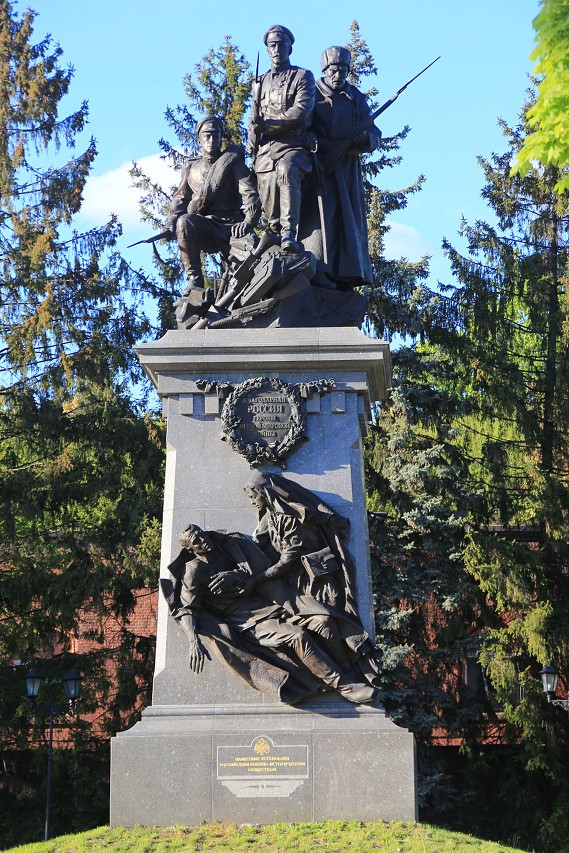