The complex of buildings in the old Prussian style on the Veteranov embankment was built in 2006-2010 and strazu became a favorite place for residents and guests of Kaliningrad. 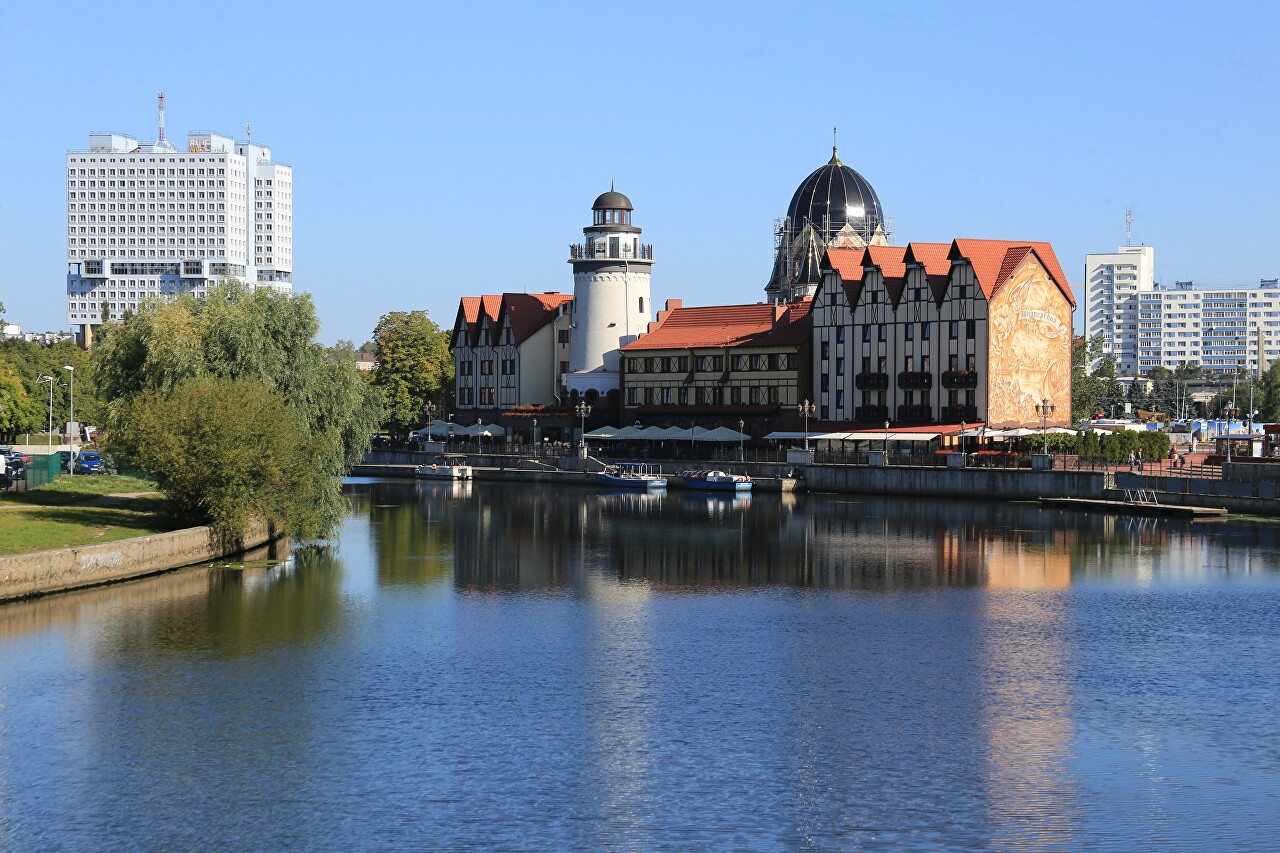 The initiative to create a historical and architectural complex belongs to the Deputy Governor Pavel Fedorov, who also led the construction. 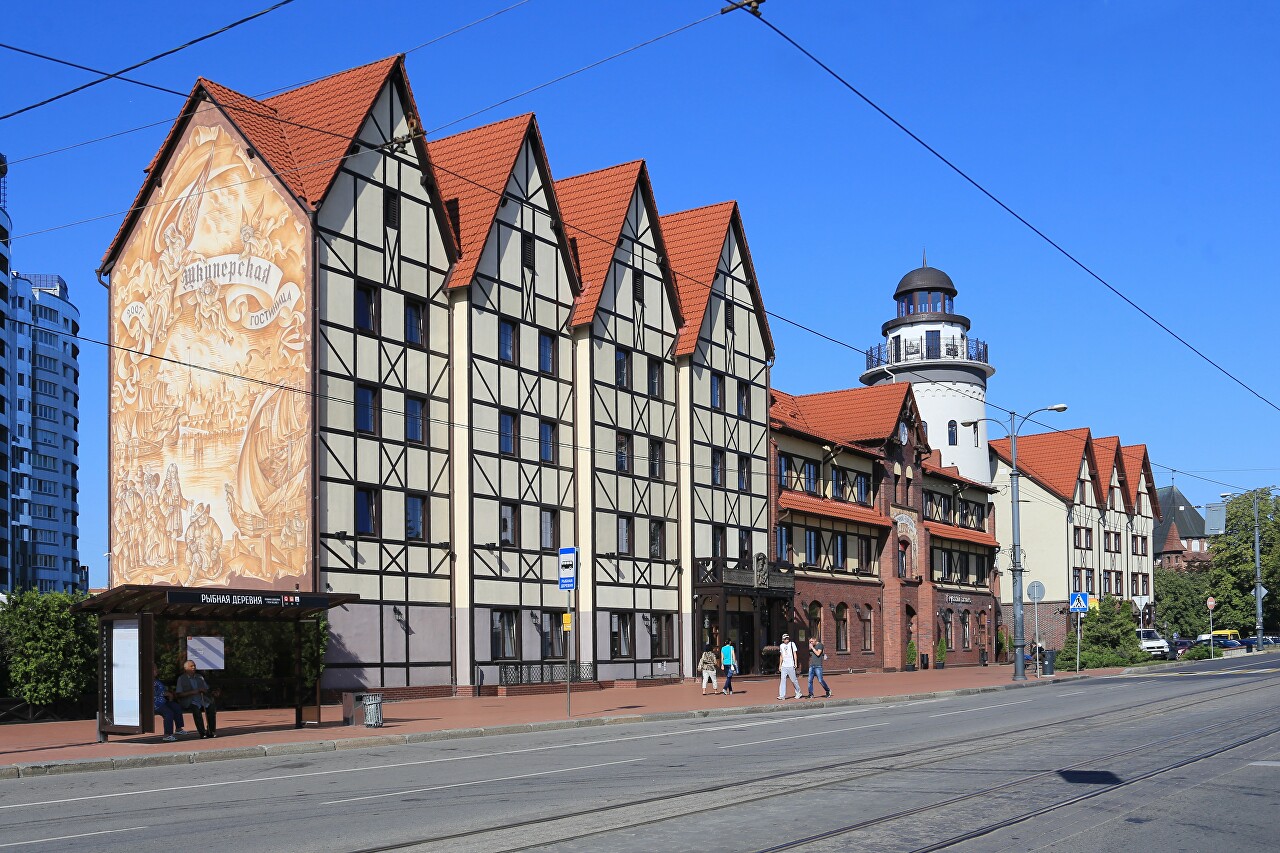 The first part of the complex was opened on June 1, 2007. it includes four objects: the building of the information center, which also houses the store Золото Кёнигсберга (Gold of Königsberg). 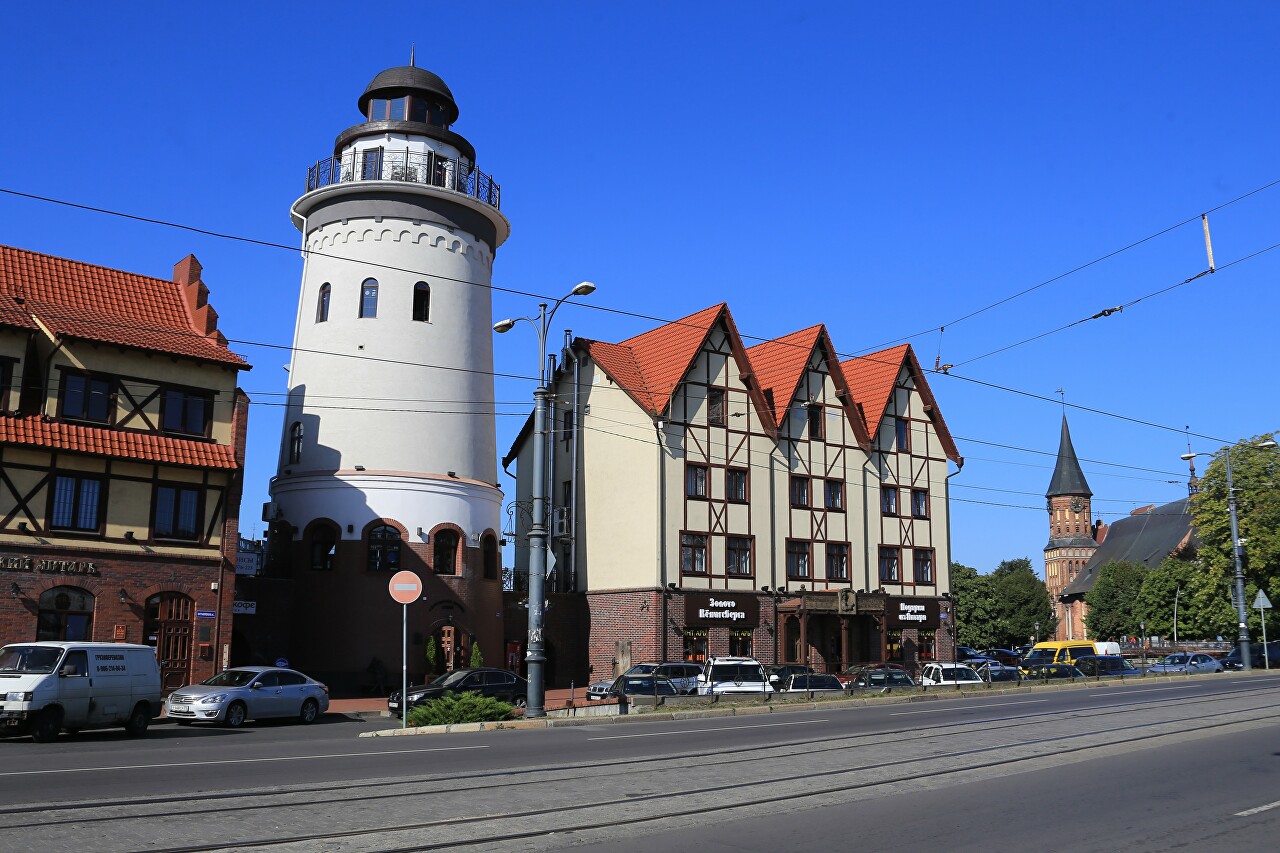 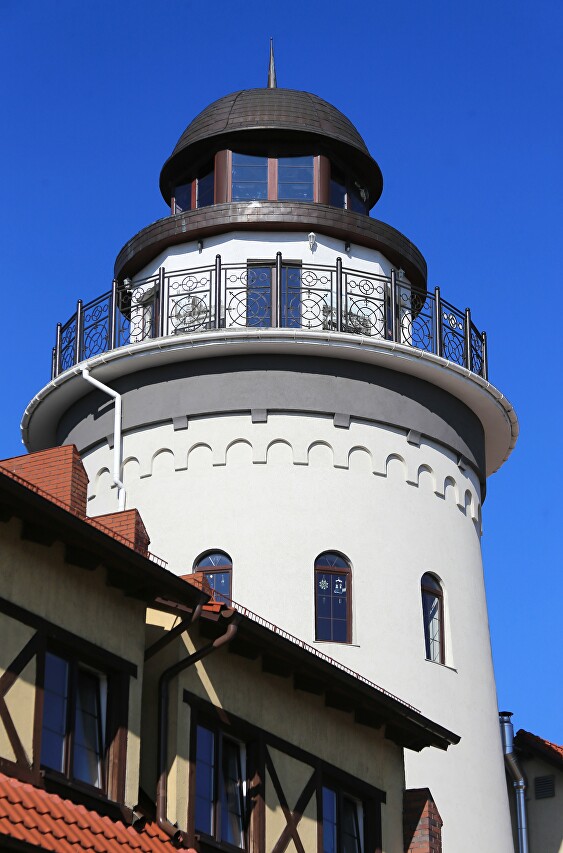 The "Rechnoi Voksal"(river station) building , which has a cafe "Verf" (shipyard) and a store "Russky jantar" (Russian amber) on the ground floor, and other floors are occupied by offices. 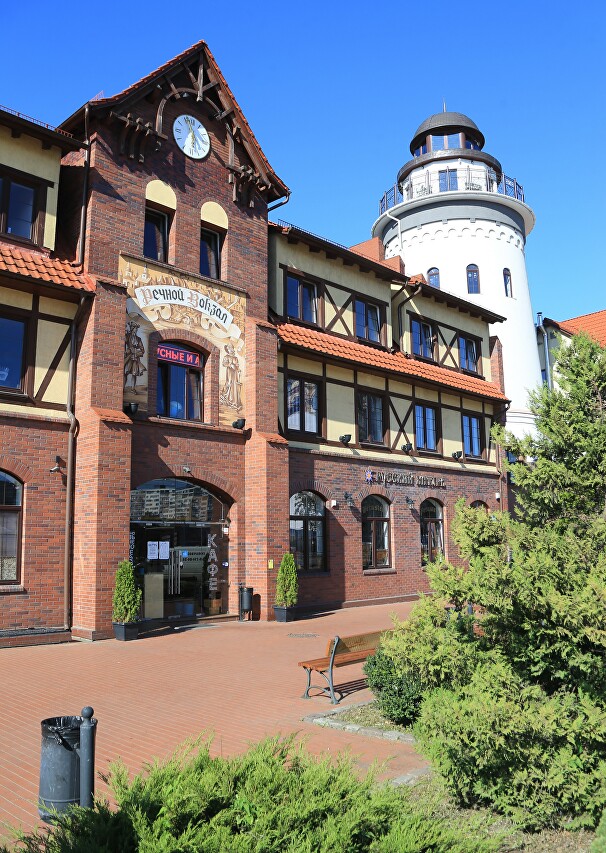 And the "Skiperskaya" (Skipper's) hotel. 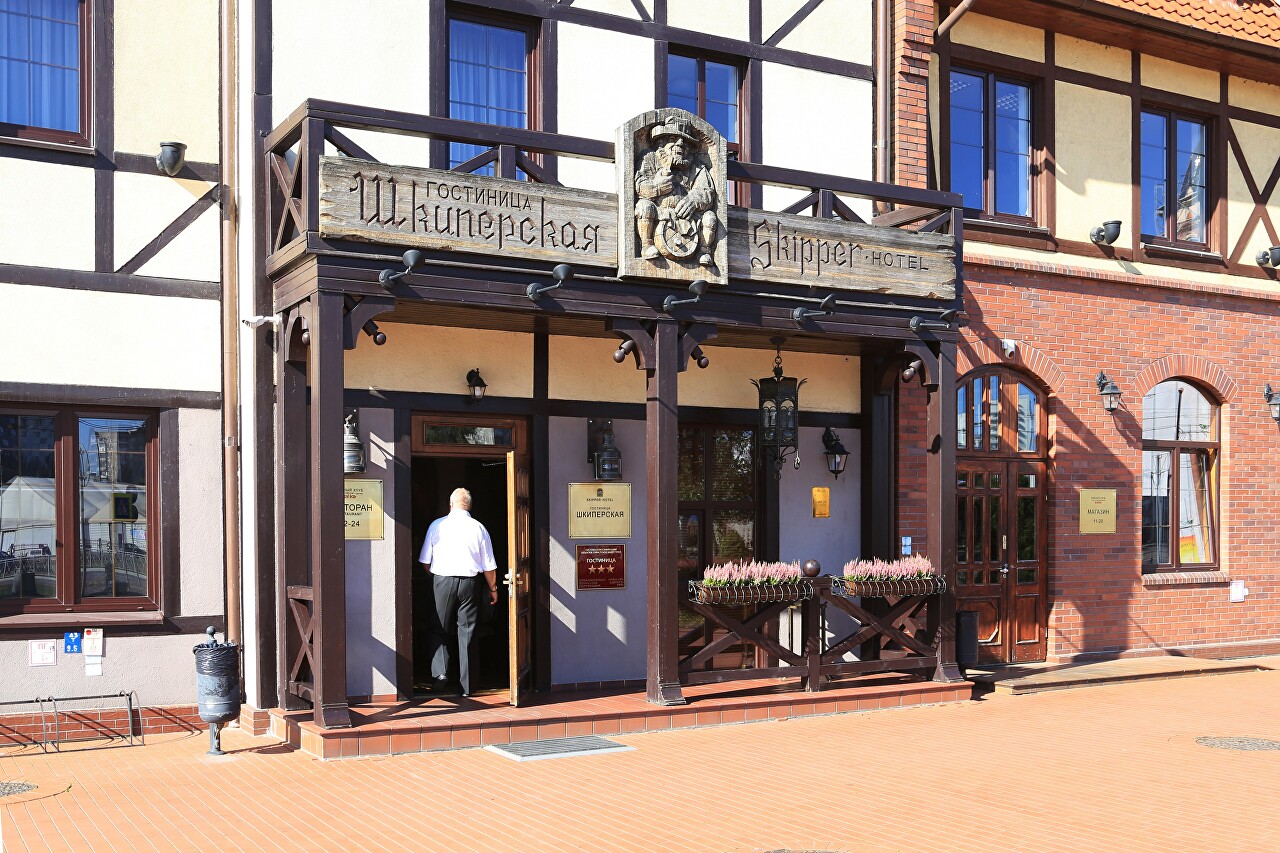 I thought the hotel sign was a little strange, more appropriate for a wine cellar. 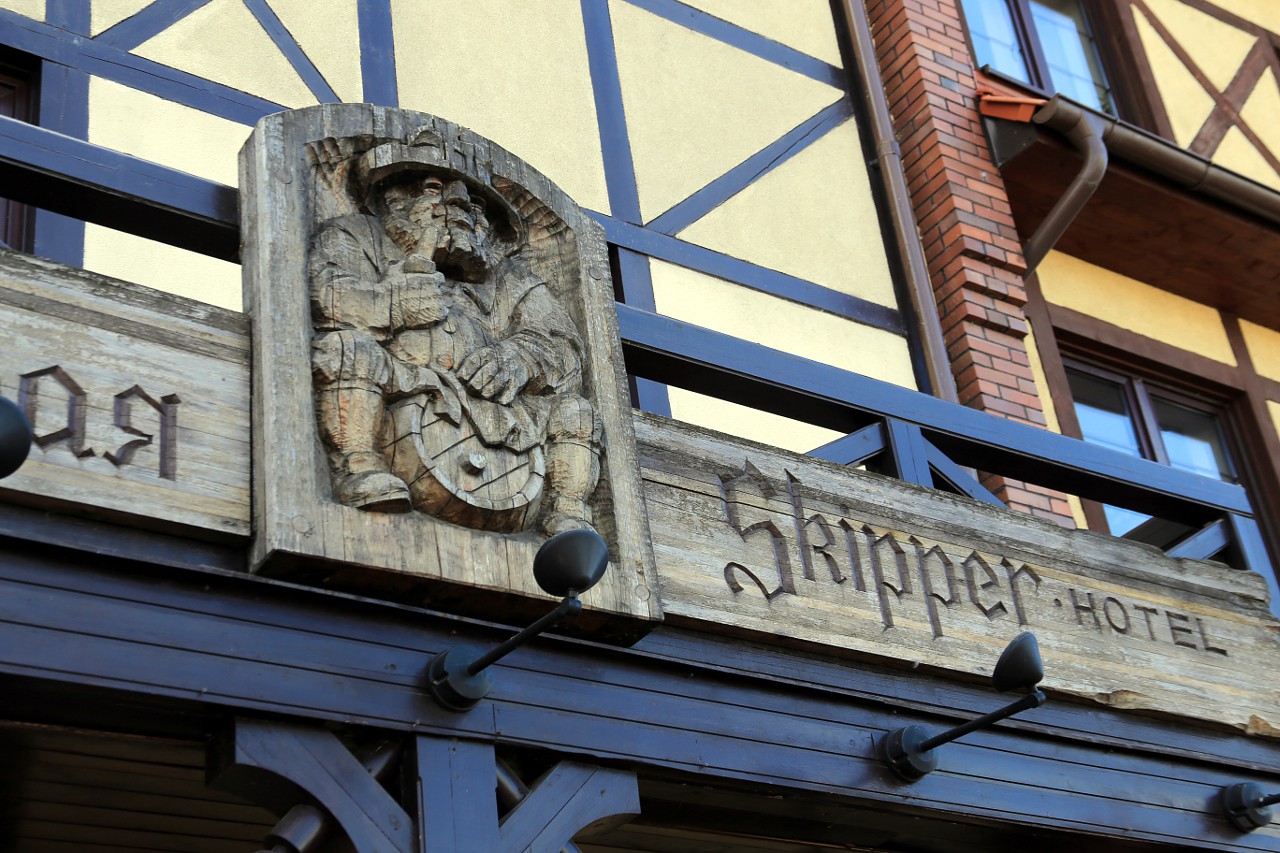 The ends of the hotel and information center are decorated with panels depicting the old Konigsberg. 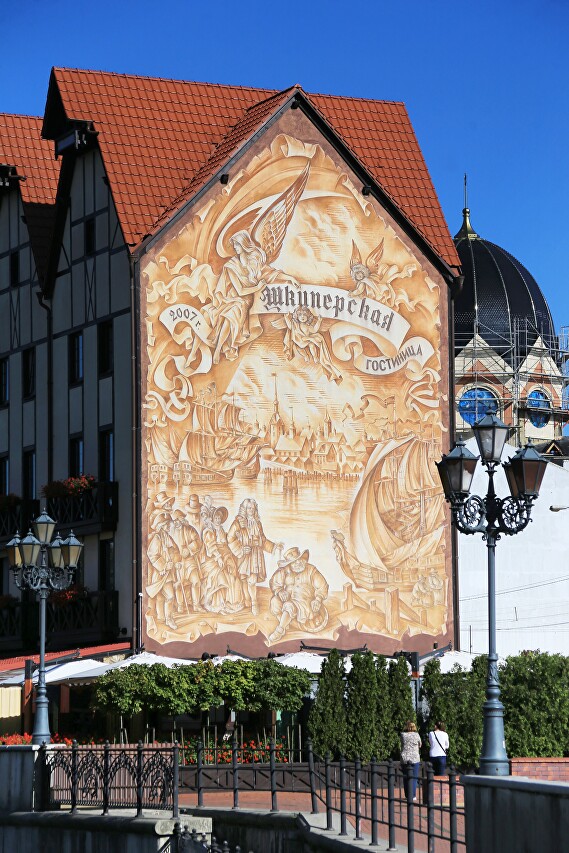 Of course, you must visit the observation deck "Mayak", which offers a wonderful view of the island of Kant and the Cathedral of the Pulpit . Opening hours are from 10: 00 to 20:00, from Thursday to Sunday until 21:00, entrance is 100 rubles. There is a restaurant inside the tower. 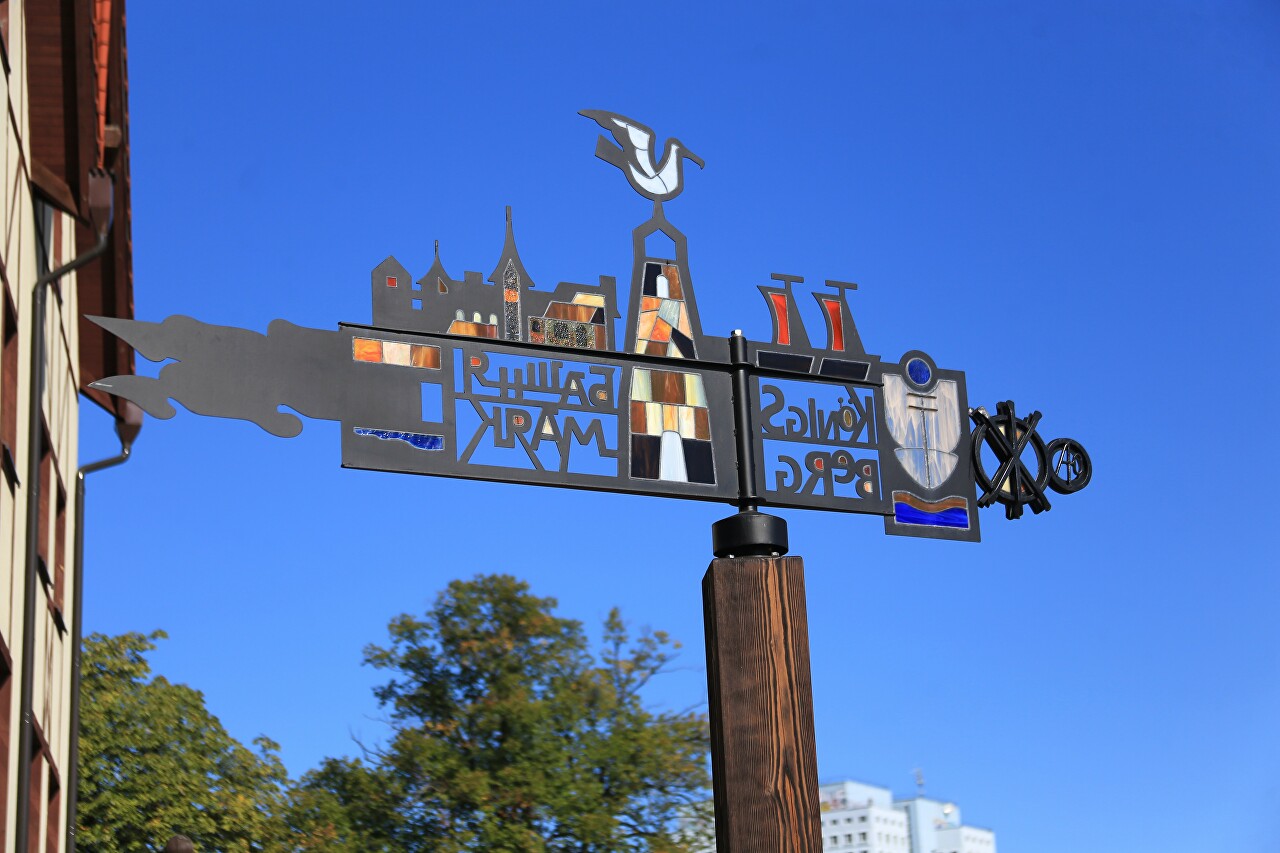 At this early hour, the tower was open, and I could only admire the sculptures at its base. 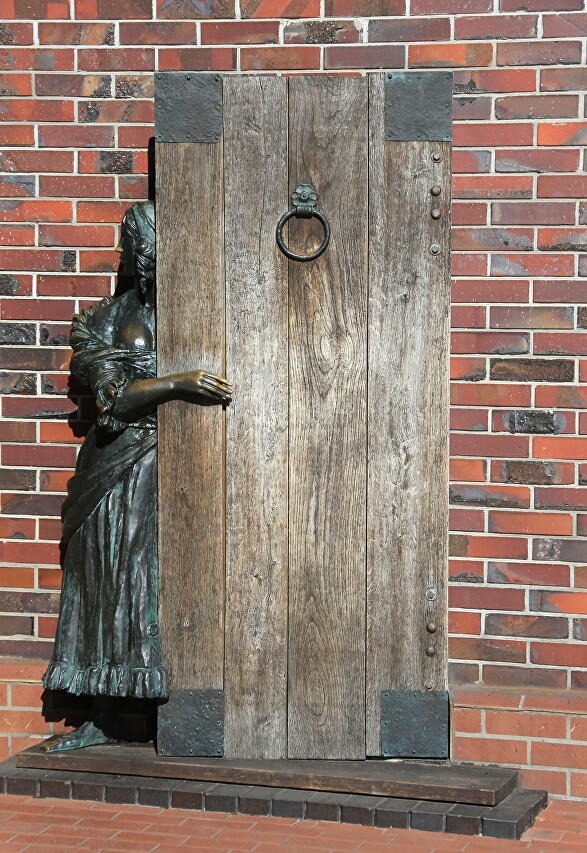 A girl looking out of a thick antique door. 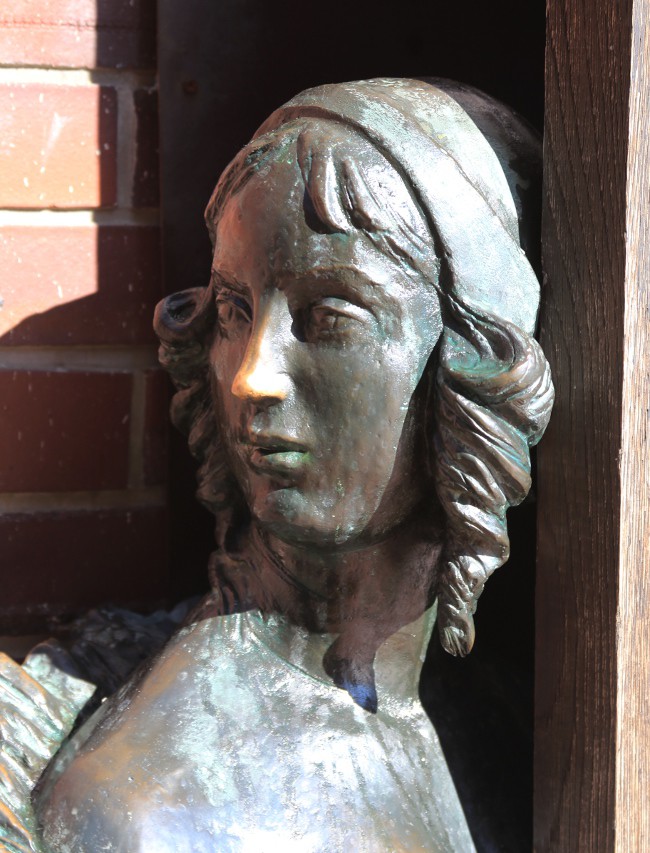 And the skipper with a monkey, next to which you can sit on the bench. 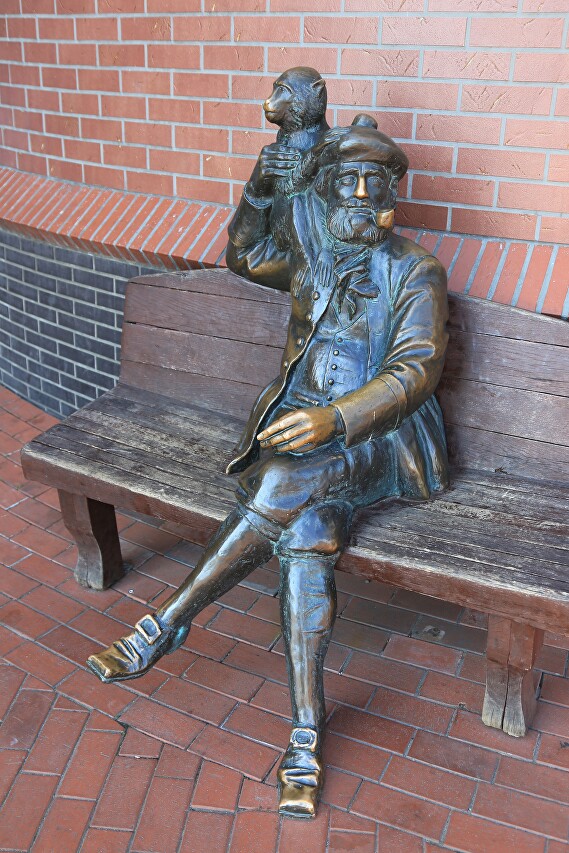 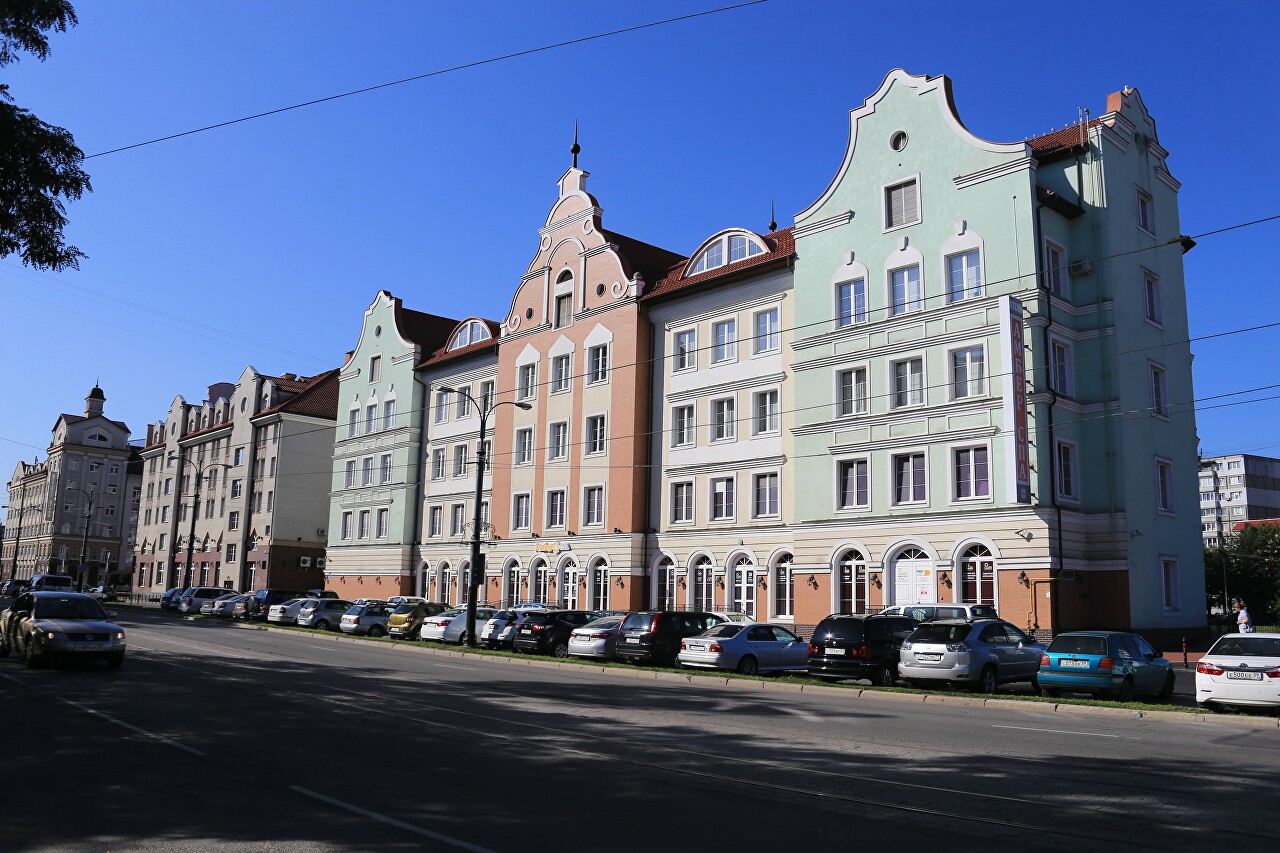 As well as the Kaiserhof hotel. 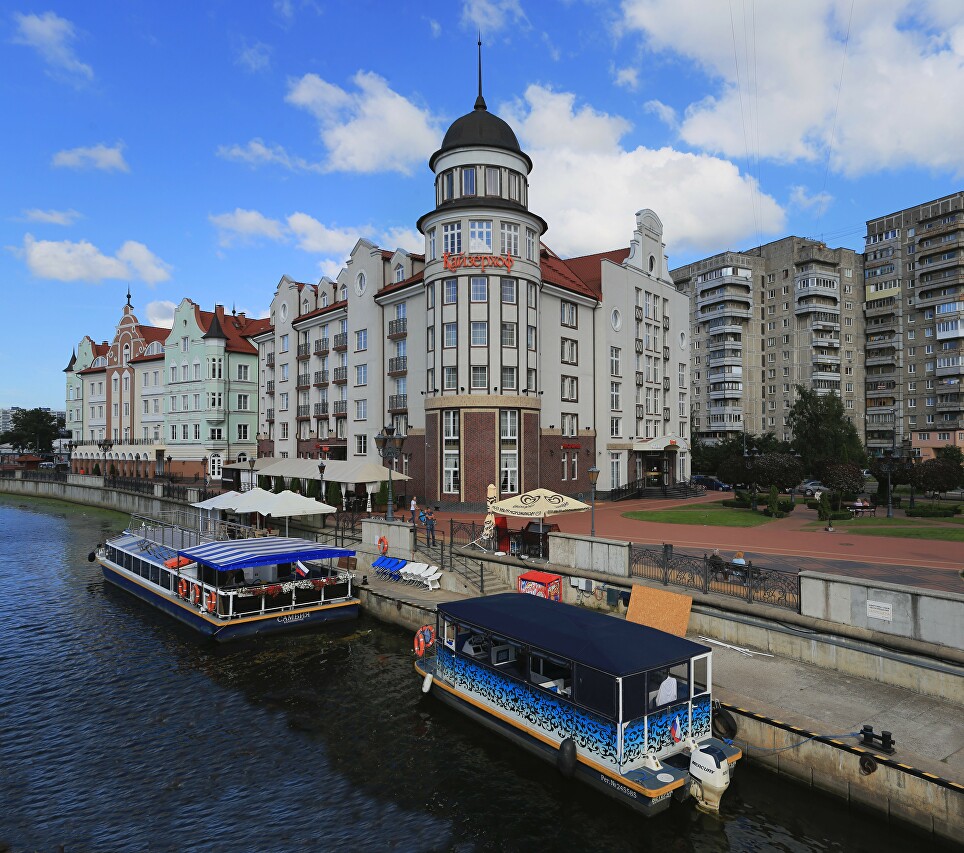