The "Princess Maria" ferry once was called Finlandia, and was built in 1981 in Turku, for the company's Silja Line. Since April 1981, the ferry began to make regular flights on the Helsinki — Stockholm. Finlandia was the first big modern ferry built for Silja Line. At the time, he was also the world's largest in terms of passenger capacity. In December 1989, the ferry was sold to DFDS Seaways. 6 may 1990 the Finlandia made the last flight in Stockholm was replaced by the ferry Silja Serenade and went to the shipyard Cityvarvet in Gothenburg. Five days later she got a new name "Queen of Scandinavia. In June 1990 she began service in the company DFDS Seaways on the Copenhagen — Helsingborg — Oslo. In 2010, the ferry was purchased by St. Peter Line to use on a new line Helsinki — St. Petersburg with the beginning of navigation in April 2010. The ferry was named in honor of Grand Duchess Maria Nikolaevna, the third of four daughters of Emperor Nicholas II. Princess Maria ferry operates regular cruise on the route St. Petersburg-Helsinki-St. Petersburg. 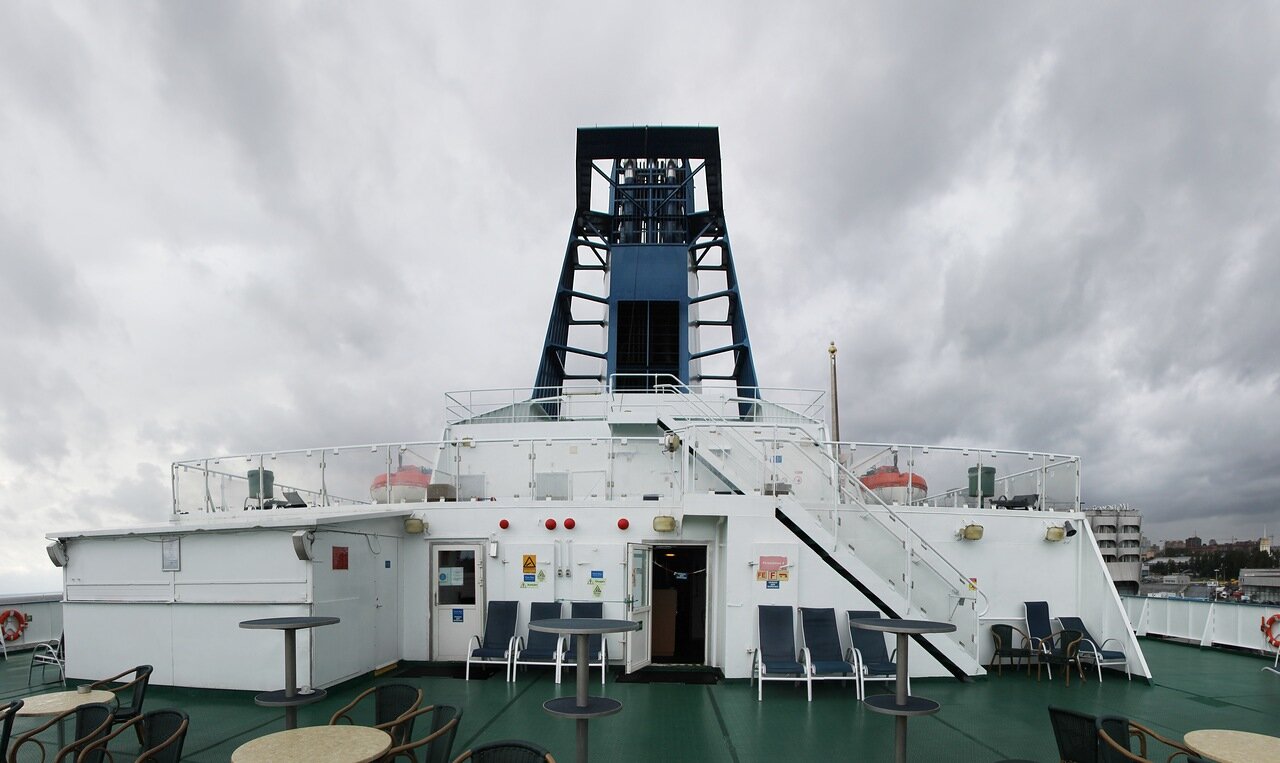 Before the departure was still more than 2 hours, but the planting has already begun. This procedure in St. Petersburg is considerably different from similar events in the Nordic countries, where a couple thousand people and several hundred cars loaded within 20-30mins, landing here includes customs formalities and passengers go on Board one of the narrow gangway. On joining the Board is another check in including Luggage. A feature of the cruise Princess Maria ferry, as well as on ferries St. Peter Line, is prohibited for passengers to carry on Board food and drinks, as well as to use electric heaters. No other ferry company in Europe similar requirements to its passengers does not show. The boiler in my backpack was detected at the x-ray control and had to take it for safekeeping until disembarkation. But without tea I still left, as my neighbor at the cabin our group was more savvy in this regard and put a boiler in a metal thermos.

Vintage world map in the lobby of the ferry. 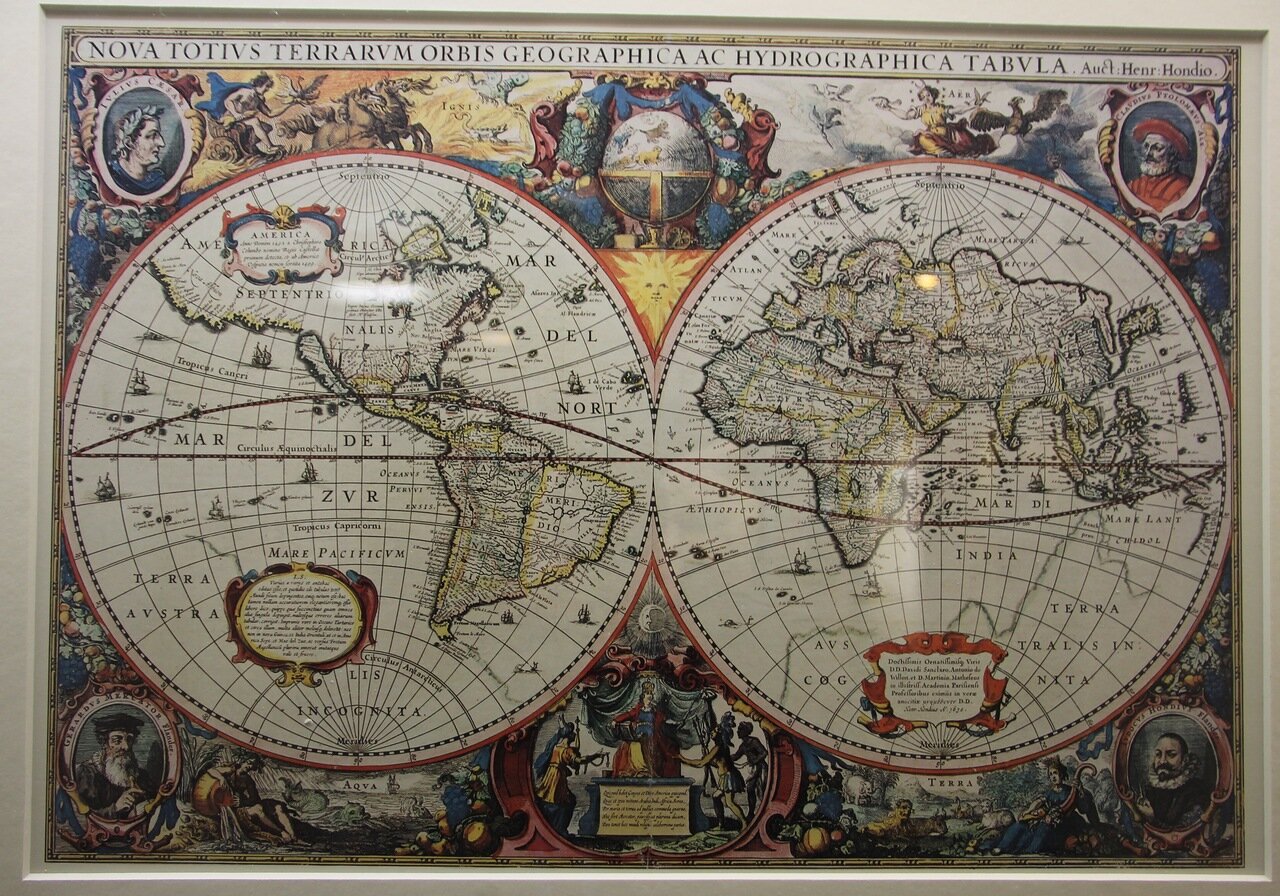 On Board the ferry a panorama of the sea port and the Gulf of Finland.

The main engines is launched. 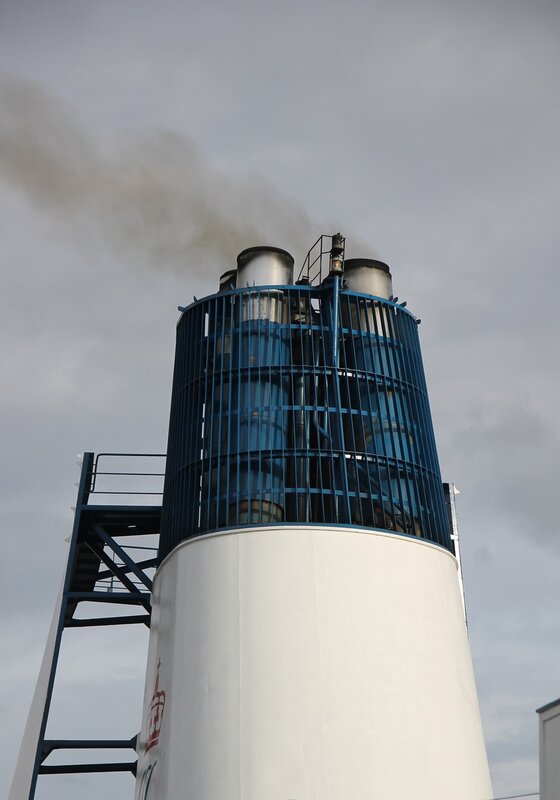 To the Board came the tug boats that will take us to the Sea channel. 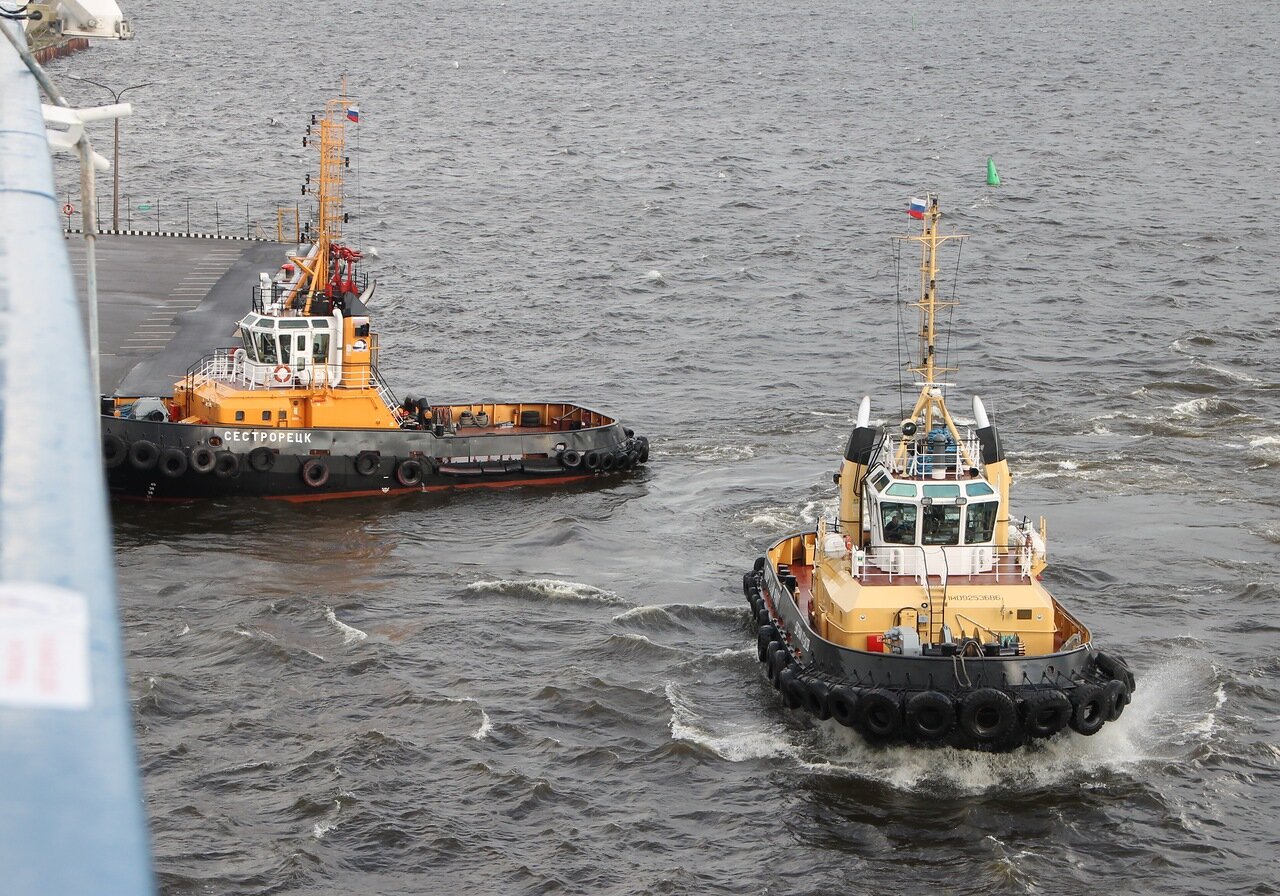 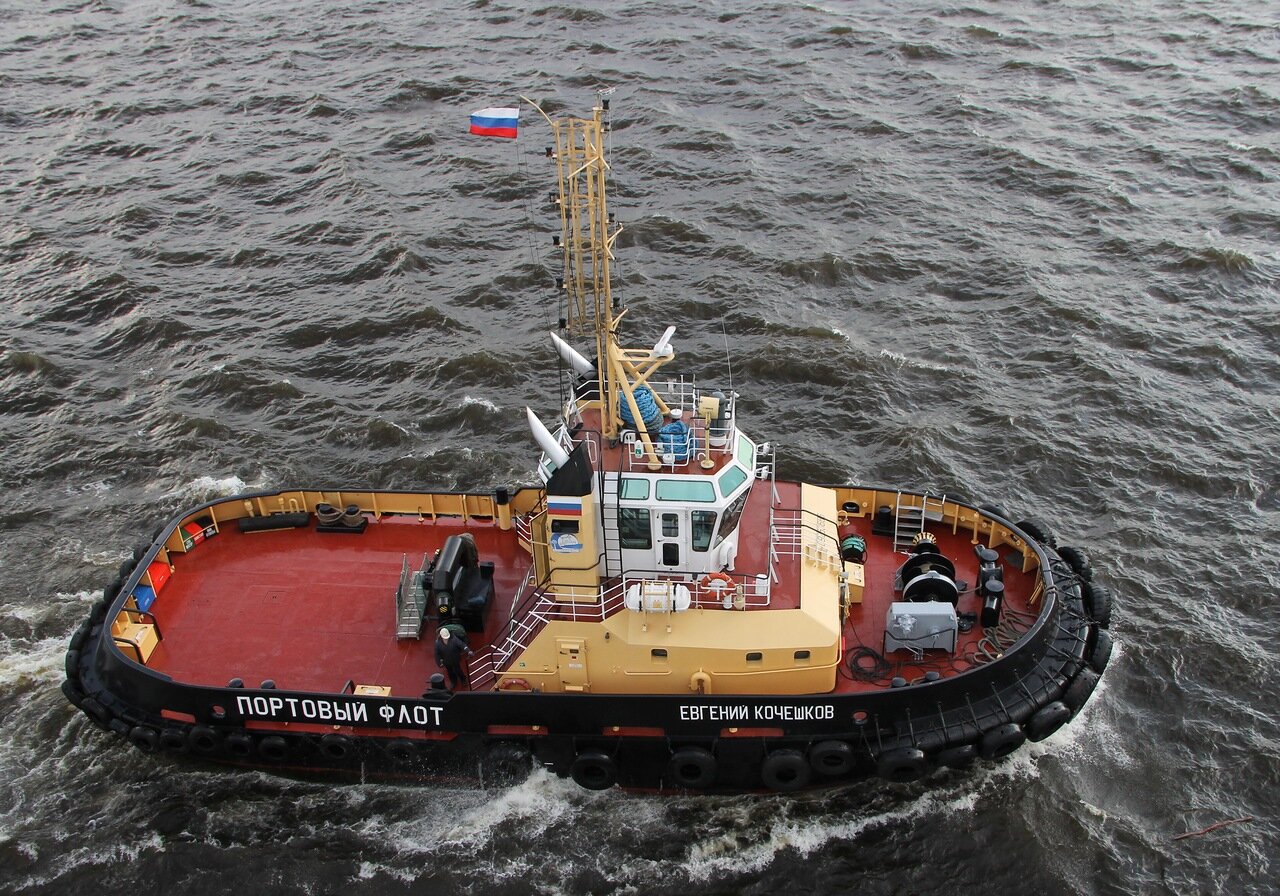 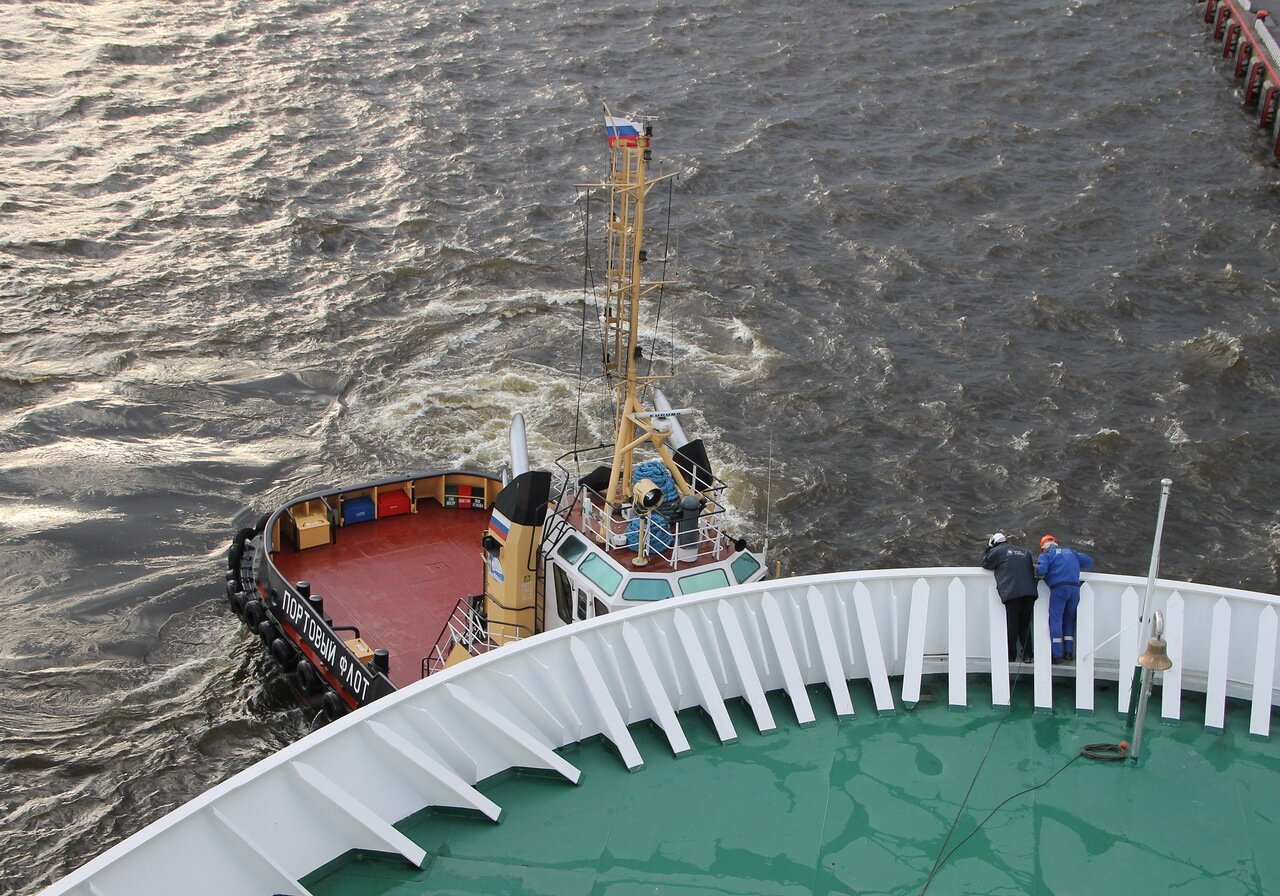 From the corner of the building of the marine station looked out the dome of St. Isaac's Cathedral. 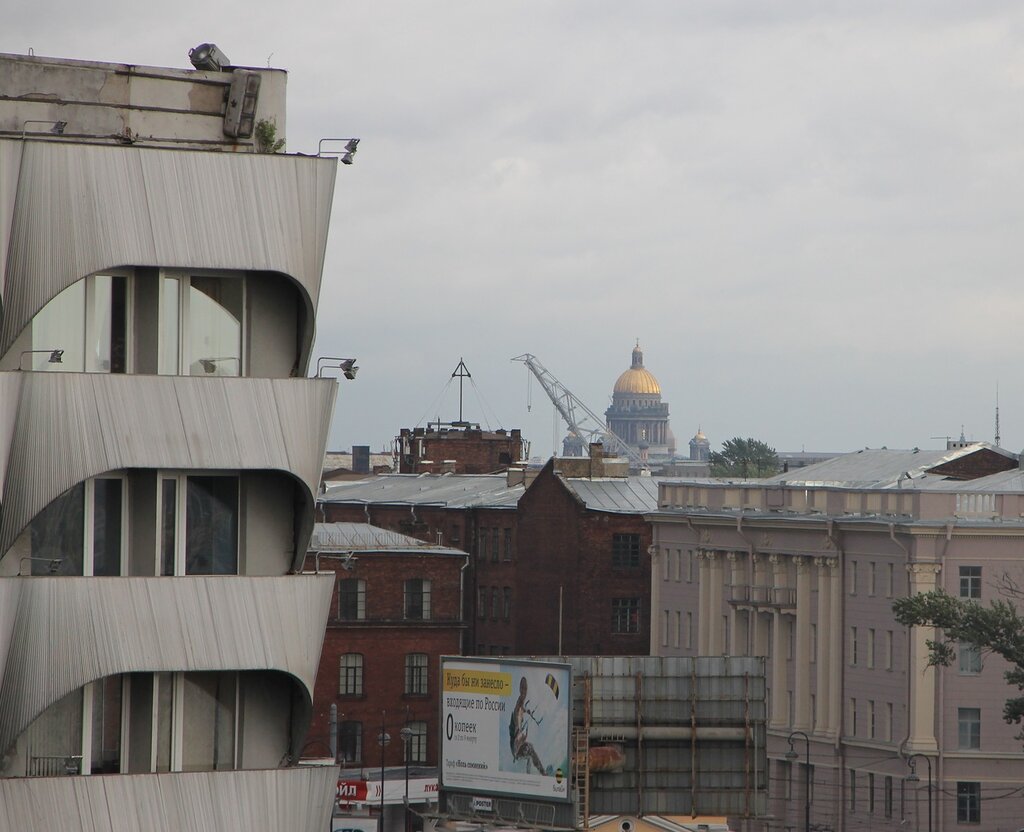 the Tugs deploy "Princess" to the entrance to the Sea channel. Very strong wind, the operation difficult. 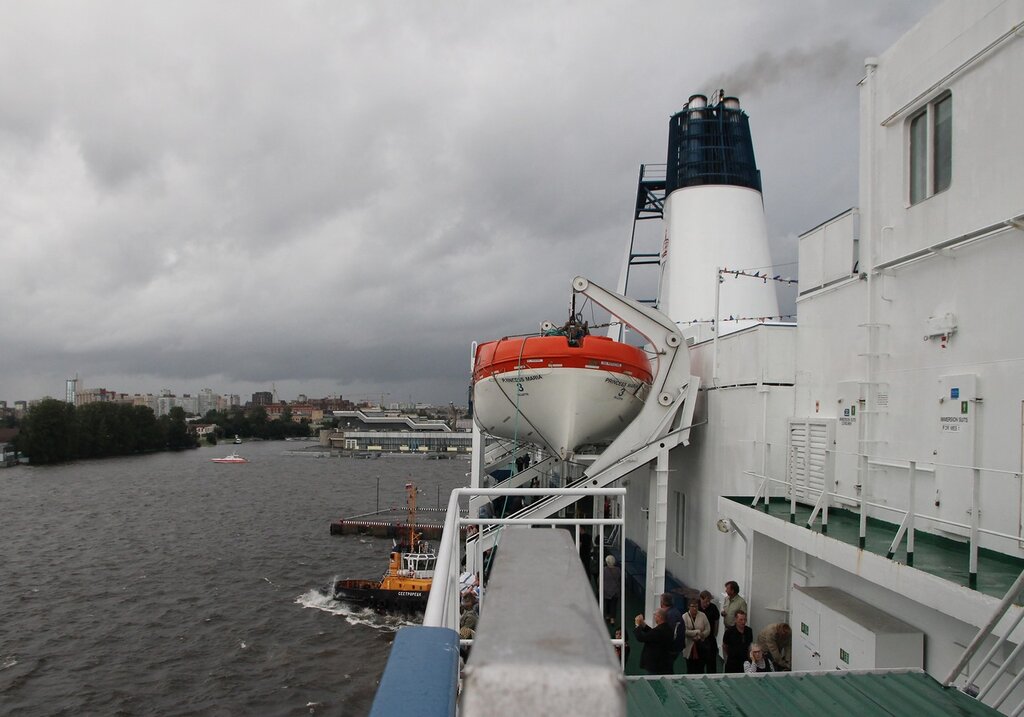 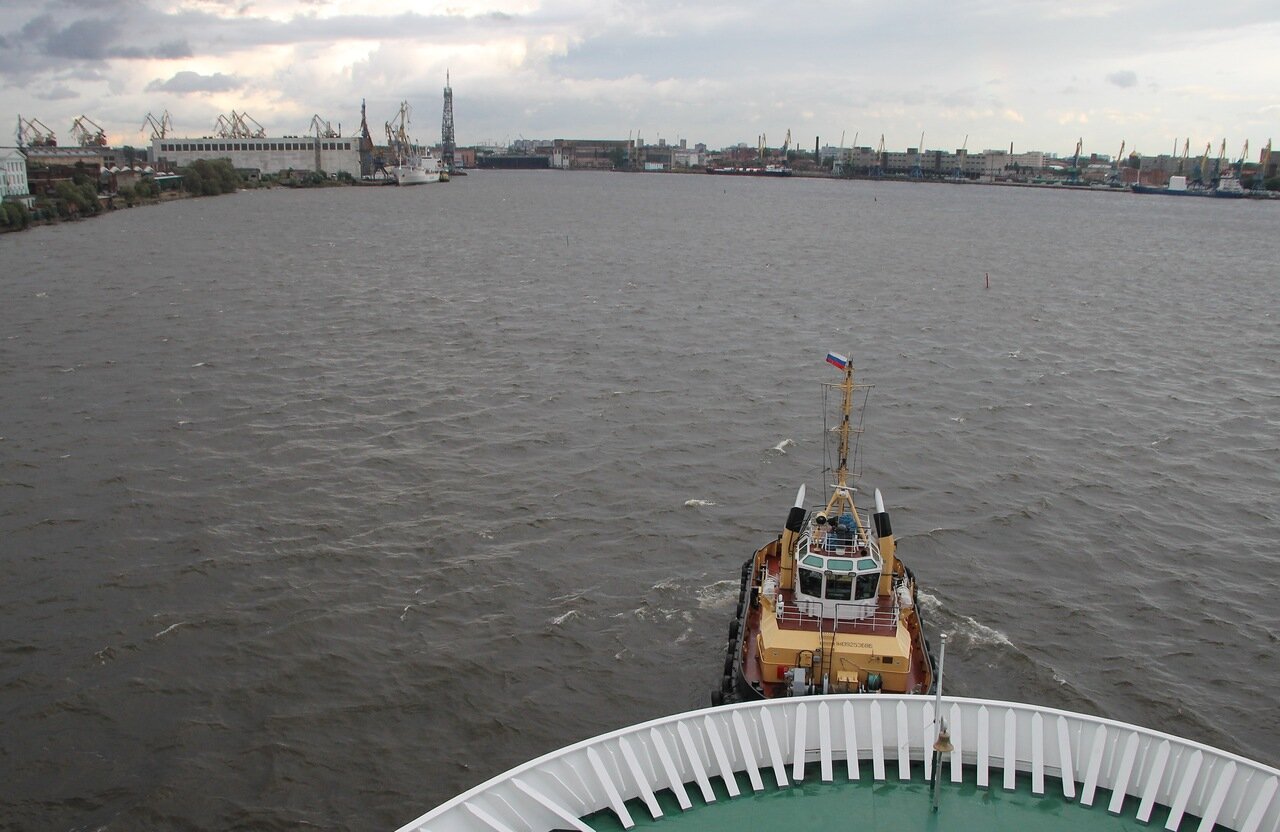 Through the forest of the cranes you can see the domes of the cathedrals. 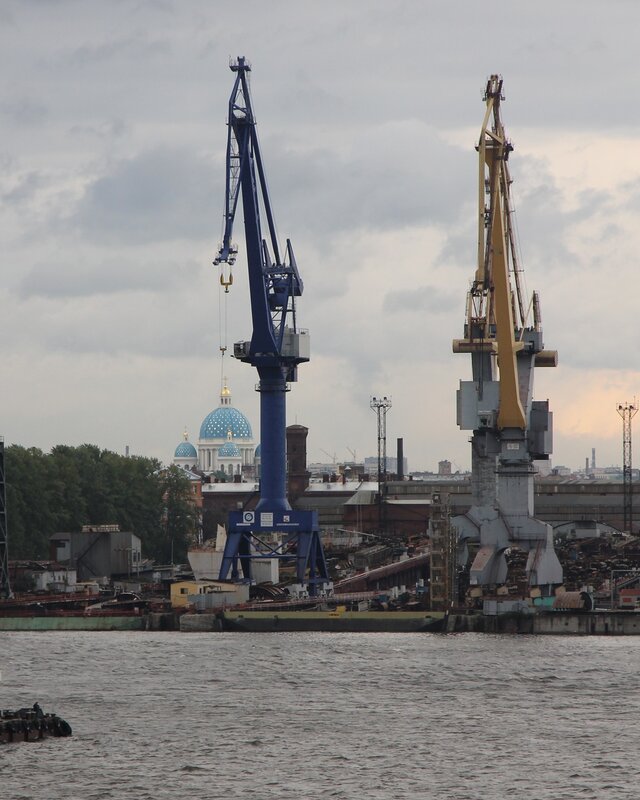 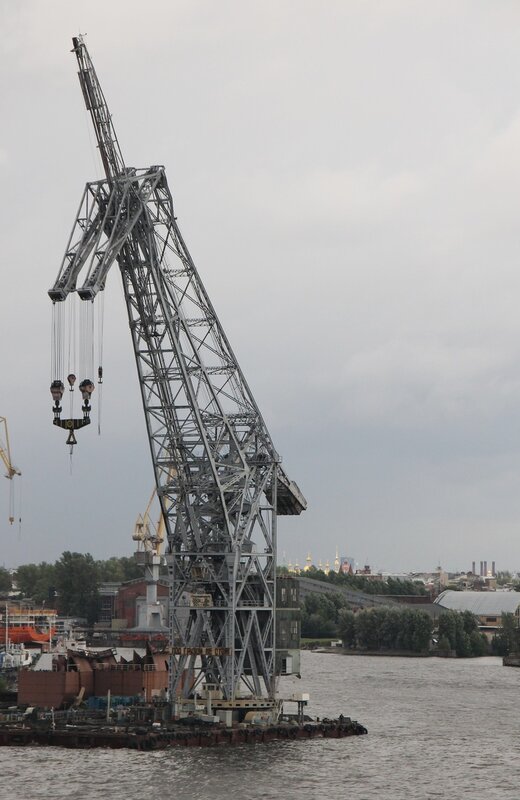 Finally, the ship starts the Marine channel that runs along the cargo port of St. Petersburg to the Gulf of Finland.